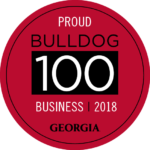 Recognizing the 100 fastest-growing companies and nonprofits owned or operated by alumni from The University of Georgia, the Bulldog 100 celebrates organizations all over the United States. Books for Keeps was selected to the list in its first year of eligibility based on annual income by the nonprofit and again in 2018 for continued growth. Books for Keeps’ founder, Melaney Smith (BBA ’89), and executive director, Leslie Hale (MPA ’13), are both UGA alumnae. 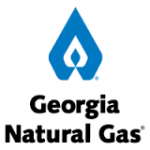 2016 TrueBlue Community Awards – Georgia Natural Gas
Books for Keeps, a recipient of the Blue Flame Award, was among 13 organizations from across Georgia recognized for the organization’s work to affect change in the community. Georgia Natural Gas received 100 applications to the sixth annual awards program, and selected organizations working in the areas of homelessness, support services for cancer patients, education, veteran assistance, and more. 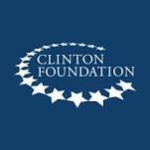 2016 CGI America meeting commitment-maker – Clinton Global Initiative
In 2016, Books for Keeps and its partners committed to expand its flagship book donation program, Stop Summer Slide!, to serve 25 elementary schools annually within three years, more than doubling the 11 schools currently served. Books for Keeps Founder Melaney Smith made the announcement on stage during a plenary session of all attendees. The commitment included reaching all of Athens’ public elementary schools, as well as six schools in Atlanta and four schools in rural Georgia, by 2019.

2016 Martin Luther King Jr. Community Service Awards – Emory University Rollins School of Public Health
The Rollins School of Public Health and the Goizueta Business School have honored the legacy of Dr. Martin Luther King, Jr., for 23 years through this service awards program. It aligns the mission and values of public health with the precepts of social justice. The 2016 theme was “Refusing the New Normal: Being a Part of the Change.”

Melaney Smith, founder of Books for Keeps, was selected as one of 10 “Women of Worth” by L’Oreal Paris in the cosmetics company’s 10th annual recognition program, highlighting the work of women all over the United States who are making an impact on their communities and changing lives. Melaney was one of 6,000 women nominated for the honor in 2015. View the video recognizing Melaney Smith and Books for Keeps here.

Melaney Smith was named one of “The Exceptionals,” by hometown paper the Athens Banner-Herald, for her work starting Books for Keeps as a grassroots program to place books in the hands of children without access.