It started by accident… 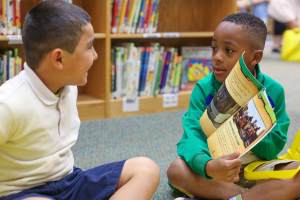 In May of 2009, Books for Keeps founder Melaney Smith met an Alps Road Elementary second-grader who was disappointed that school was breaking for summer. Why? When school ended, so did her access to books.

Melaney inquired about how to help, and learned that many of the student’s classmates were in a similar situation. The hardest news of all: some of these second graders would lose the reading skills they gained during the school year – a circumstance known by educators as “summer slide” – and would start school in the fall lagging behind their classmates.

Melaney rallied friends and family to provide books to 80 second graders at Alps, just in time for summer. The following year, in May of 2010, she used social media to rally people from around the U.S. and Canada to mail their used books to Athens, and provided books to every student at Alps Elementary. And the books kept coming.

… but continued with a purpose

When Melaney learned of a study that identified a solution to summer slide, the Books for Keeps flagship program was born. Adopting the methods used in the study, Stop Summer Slide! provides 12 books to every Athens child attending an elementary school where 90 percent or more of students qualify for free/reduced-price lunch.

Since 2009, Books for Keeps has given more than half a million books to children from low-income families in grades Pre-K through 12.

In 2011, Books for Keeps committed to the Clinton Global Initiative to continue providing 12 books to every student attending an Athens elementary school where 90 percent or more of the students qualify for free/reduced-price lunch. BFK also committed to expand to one rural Georgia school, and one inner-city Atlanta school.

In 2013, two more Athens schools reached the 90-percent mark. And in 2014, Books for Keeps followed through on its commitment, reaching these additional Athens schools, as well as the two schools outside Athens, for the first time. This nearly doubled the reach of the Books for Keeps program to 3,700 students. 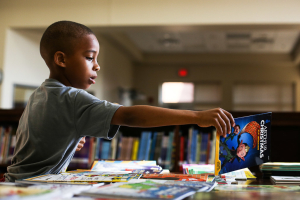 Books for Keeps now serves every child attending an Athens-Clarke County elementary school, plus two schools in Atlanta and three schools in rural Georgia counties. The organization gives away more than 100,000 books annually.

Become a part of the story

No matter your abilities, there’s a way you can help. 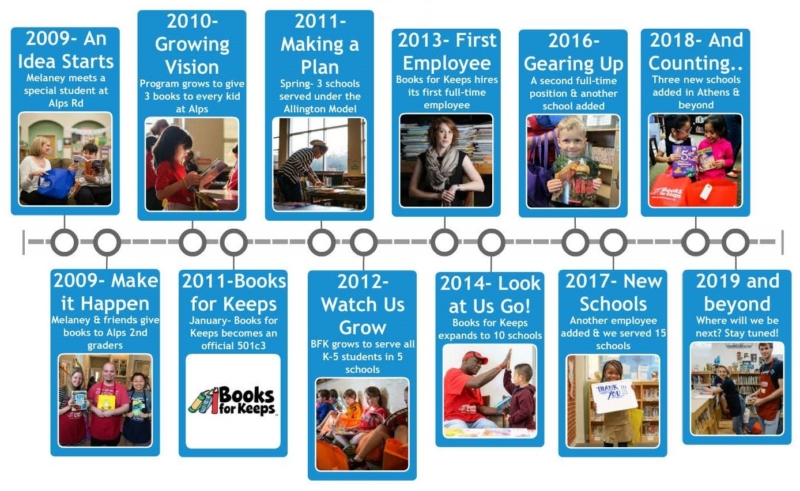